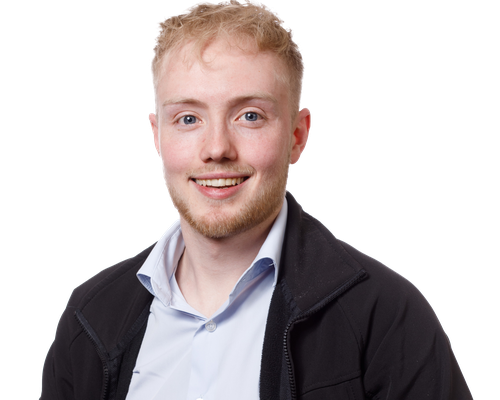 Zach Hamilton – From Sabre to Site

We spoke with Zach Hamilton, who is currently working on the Molecular Science building project as a Graduate Design Manager, about his journey so far and how he has navigated his current role and his equally demanding hobby.

“I’ve been a Graduate Design Manager for almost a year now, this project [Molecular Science building] being my first. When I was in school, I always gravitated towards art and design, and wanted to pursue further study in architecture, mainly because while at school this was the only role title I heard that was associated with design in construction. Through my interest in architecture, I then discovered other career avenues, such as architectural engineering and design management, which has led me to where I am today.

I’ve been on the Molecular Sciences building project since week one, and on top of my current role I am also a Carbon Champion, looking after our use of CarboniCa, our digital carbon reduction tool, for the project. As part of this I create reports to be shared with the team and stakeholders. The project is very BIM orientated, so the platforms and systems we use are new to my role really. I’m just constantly learning on the job which I enjoy, especially on such a digitally driven project!”

“Outside of work I am part of the Great Britain Squad for fencing, ranking within the top 12 in the country. There are 3 types of weapons in fencing, I do sabre. Trying every extra-curricular activity I could at school, I decided to pursue with fencing and have been doing the sport ever since. I also spent my gap year training and competing solely on fencing! It’s been great being part of the GB Squad, with lots of opportunities to travel to international competitions mostly in Europe but also all over the world. Some of the highlights have been going to Australia for the Commonwealth Games in 2018 and Estonia this year for the u23 European Championships.”

“I wouldn’t say that competing in the Olympics is an aspiration of mine, mainly because it’s so difficult to get in to if you are not a full-time athlete. But competing is still something I really enjoy, there’s so much for me to get stuck into so I can’t complain! The Senior European Championships were cancelled because of COVID the year I was selected, so I’m working towards being able to go to the next ones as well as a World Championships.

This year was my first proper season back due to COVID, and training in lockdown was also stopped so in that time I took up running as an alternative.”

“I’d say it’s definitely been a learning curve to juggle hobbies with work, but I work around this by training in the evenings, ironically, back at the school I first started in! I think a lot of the skills I’ve acquired from fencing are transferrable and contribute to a good overall work ethic, for example learning your priorities, planning ahead and remaining organised and composed – all things I’ve learnt from training plans, competitions and also juggling work. I also think that I’ve naturally built a lot of confidence because of my fencing, feeling more open to new things and meeting new people.

I do enjoy the pressure that comes with competing and training, it keeps me accountable for my successes but also my failures which is something I don’t think you get as much in team sports. I’d say as well that the pressures in fencing which encourages fast thinking and action, precision and decision making have also benefitted me on site and with work.”

I’m really enjoying my current role, with so much to learn onsite and from the team, and in terms of my fencing aspirations, I hope to continually improve my techniques and ultimately, my ranking. I’m grateful for the skills I acquired in both fencing and in design management and am excited for the future!”