The team constructed the brand-new Lexden Springs SEND (Special Education Needs and Disabilities) School, relocating the staff and students a short distance from their previous campus which was no longer suited to their needs.

The now-210-place school, with 30 places for boarding accommodation, has almost doubled their capacity and will help meet the demand in the area for special school places, reducing the need for children to be educated at independent schools or outside of Essex. The project was the second SEND school to be built by Morgan Sindall Construction in Essex, following completion of Glenwood School in 2017

1,300 cubic metres of demolition waste has been reused across the site

Throughout the project the Morgan Sindall Construction team sought to create new learning experiences for pupils of Lexden Springs.

The team created designated areas that were positioned around the site according to activities of interest or at a safe distance to see particular work taking place that day, one session also included an introduction to bricklaying with hands on activities for the students to take part in. The area was nicknamed ‘The Cage’ and the students enjoyed referencing their time on site and talking about what they had seen.

The team made use of virtual reality (VR) technology to bring the school and its progress to life for those who were less comfortable visiting a busy construction site to help them to start to adjust to their new surroundings.

Cameras were placed at key areas of the project and the teaching team were able to download these environments to make use of them during lesson time or when talking to the students about the new school. They were also able to connect the headset to the television in the classroom so they could see where the children were exploring and point out key areas of interest.

This SEND school is one of a number delivered by our team, find out more

As part of the project, veteran Daniel Sherlock joined the team for a one-week work experience placement which quickly turned into a three-month contract and later a full-time position in Morgan Sindall Construction.

After qualifying as a carpenter and joiner when he was 16, Daniel went on to achieve a lifelong ambition to be in the Armed Forces and was a part of the parachute regiment for seven years. After his initial placement with another contactor fell through, Daniel left the Armed Forces on the Friday and joined the Morgan Sindall Construction team on the Monday and has been with us ever since.

The students have benefitted greatly from the regular visits as part of their long-term transitioning to the new school. It helps them process the concept of a new school building in a different place by seeing it grow and capture students interest by watching the builders, lorries, cranes and machinery in action on site. Afterwards, students have been able to look back at the photographs and talk about what they saw during the visit which helps them understand, take ownership and feel part of the whole build process.

Whilst at the site all the staff have been very accommodating. The safe place which the students know as "the Cage" has become familiar to them with the red gate being a lovely visual reference, despite it being moved around the site to get the best view of all the action. The site staff have all chatted with our students, shown them maps, plans and aerial photographs during a visit to the meeting, enabling them to get a behind the scenes experience too. It has been fantastic that our students can ask lots of questions which the site staff have answered in a way that our students can understand, by taking floor-plans into the Cage putting things into context and helping to reduce students' anxieties. By moving the Cage around each week to where the action is, makes the routine familiar but the visit different and exciting as they see something different each week. 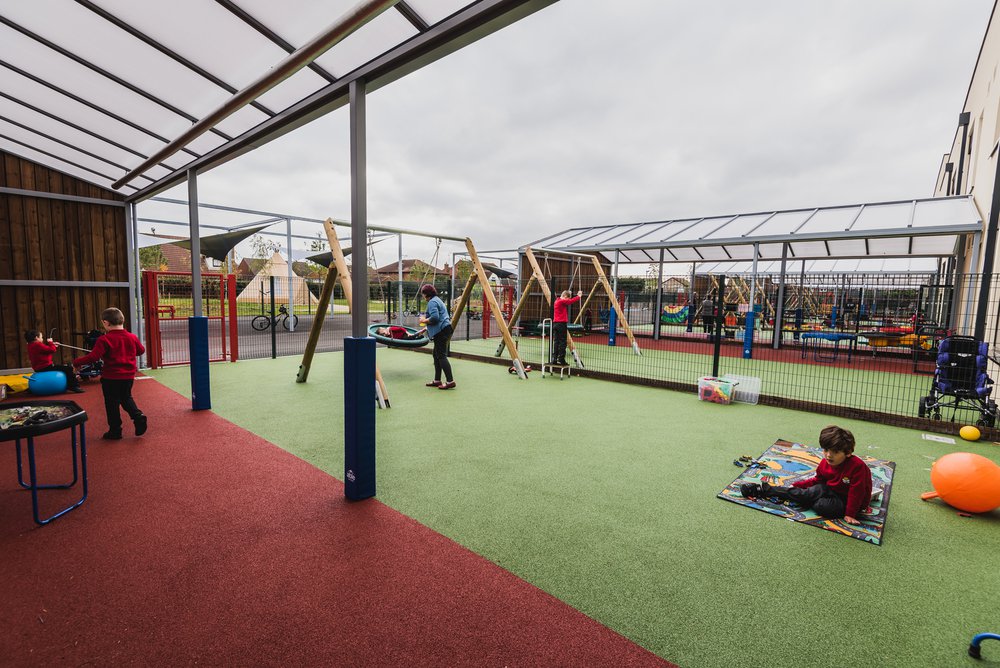 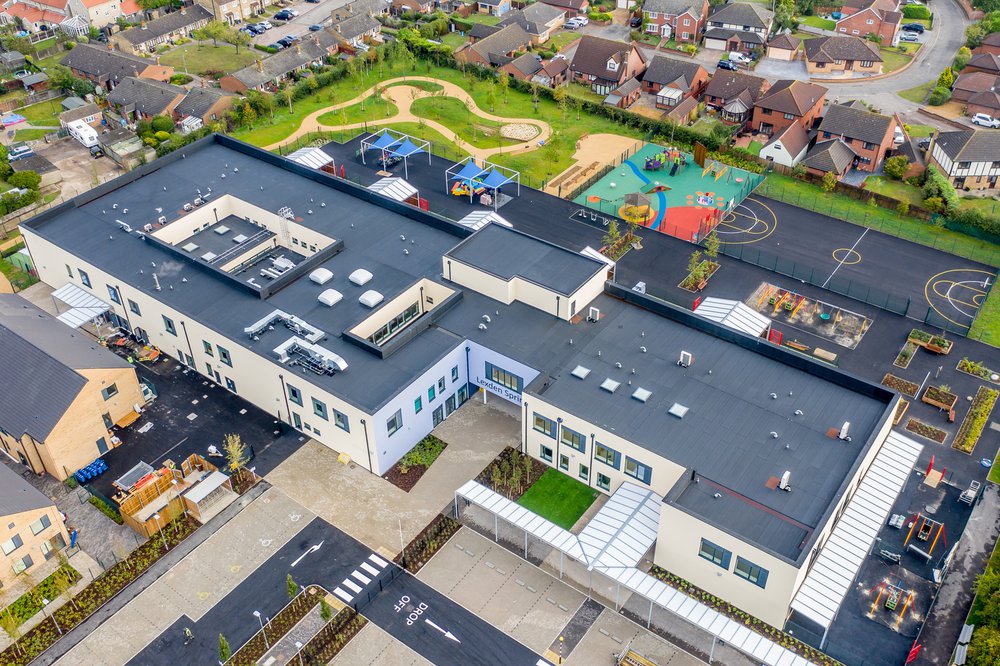 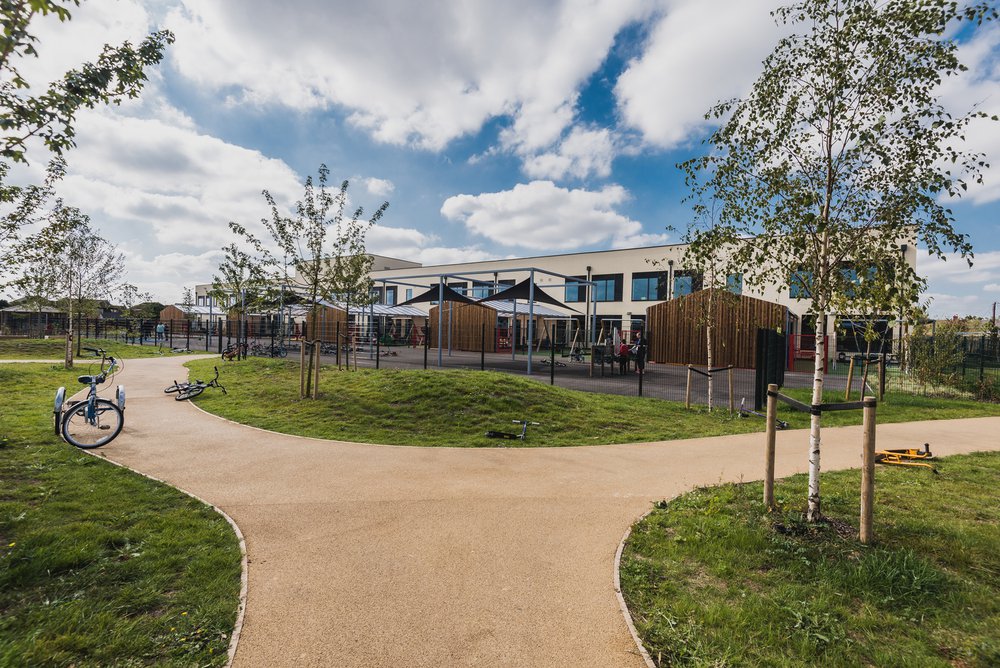 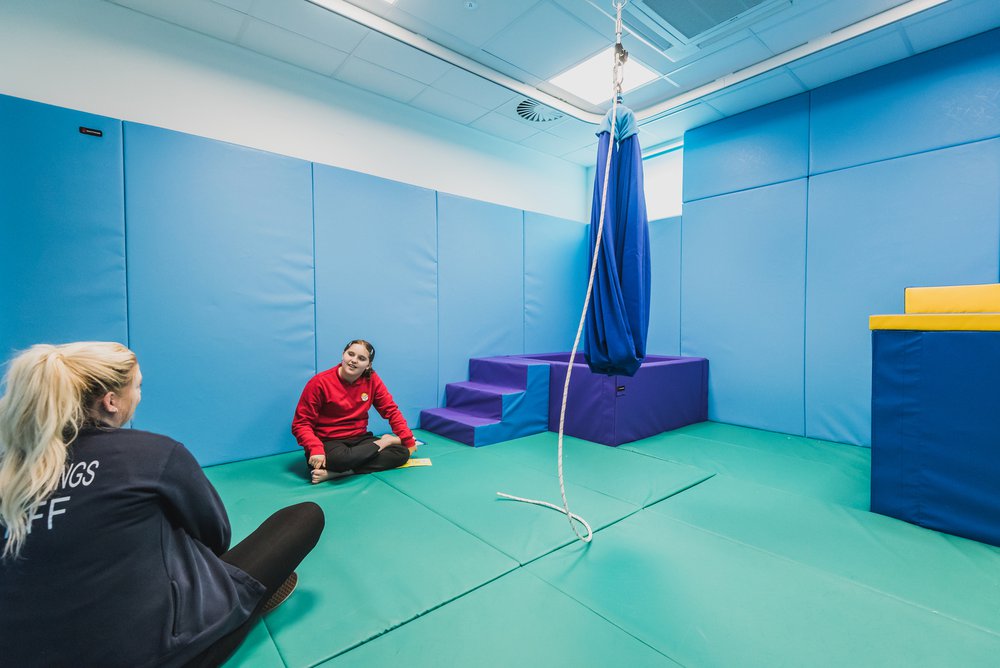 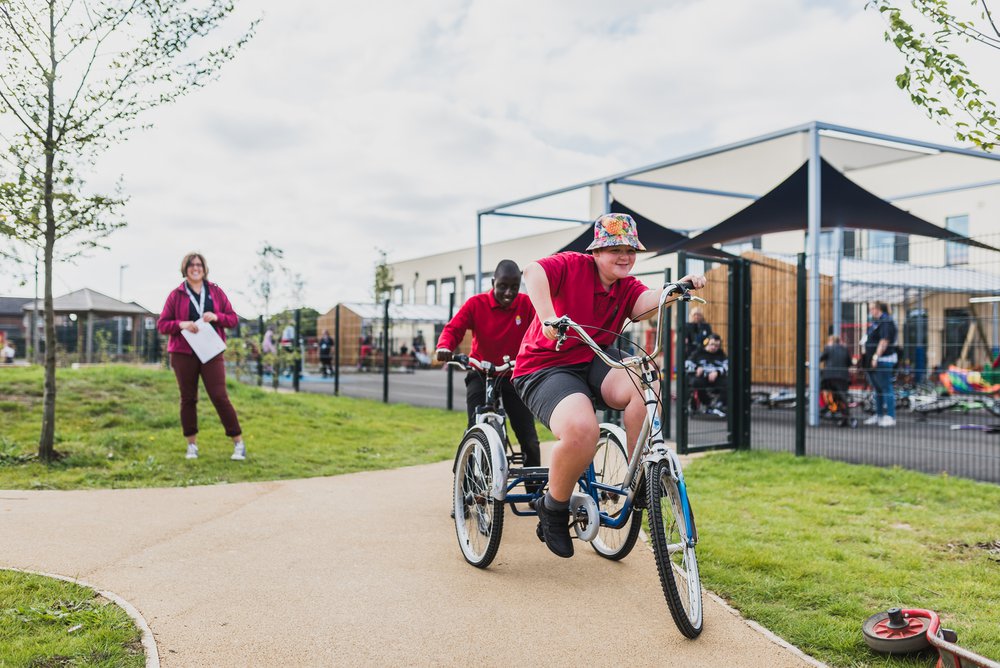 Morgan Sindall Construction has completed work on a comprehensive refurbishment and expansion project at Ramsden Hall Academy in Billericay, Essex. 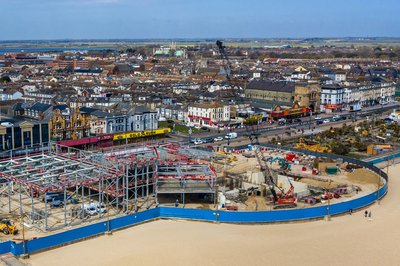 Construction over Coffee at the Great Yarmouth Marina Centre

The team is hosting regular coffee mornings for the community to find out more about the project as it nears completion in the Summer of 2022. 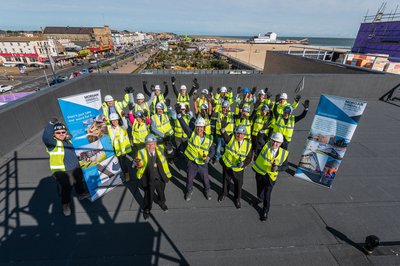 The team celebrated the latest milestone on the project with a topping out ceremony.